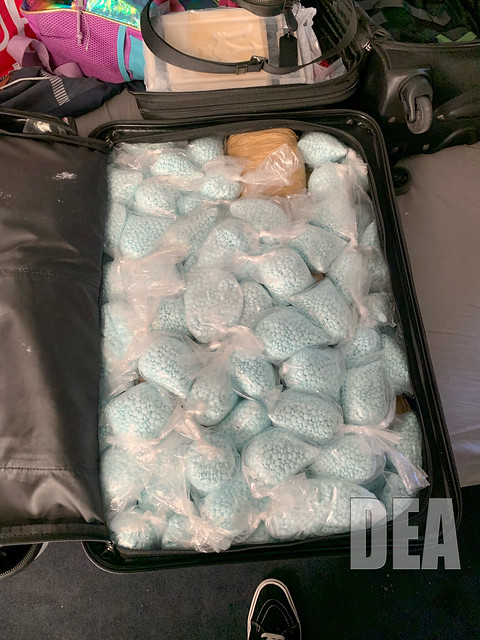 His friends would often go to him for relationship advice, Daniel’s father, Jaime Puerta, told Fox News.
FENTANYL SURGE CREATES WARNINGS FROM LAW ENFORCEMENT: 'THE BORDER IS COMING TO YOU'In hindsight, Puerta said, Daniel was getting what the teen thought was oxycodone.
Daniel hugged his father and gave him a kiss on the cheek before saying goodnight just as he had always done.
We're not supposed to bury our children," Puerta told Fox, heartbroken over his son's sudden death.
Some experts contend the fentanyl problem has become a national security issue involving state-sponsored attacks.
China remains the primary source of fentanyl, a drug that kills more than 100 people in the U.S. every day.
The Drug Enforcement Administration says China remains the primary global source of fentanyl for the world.
U.S. lawmakers say the crime syndicates in China operate with the knowledge of the Communist Party.
Once in Mexico, traffickers take the fentanyl to clandestine labs and try to dilute it, often times with imprecise measurements and equipment.
"Fentanyl isn't being sold in any other country in the world other than the United States and Canada," Gretchen Peters, executive director of the Alliance to Counter Crime Online, told Fox.
"Up to now, China has not found any scheduled precursor chemicals trafficked to Mexico or received any notification from the Mexican side about seizing scheduled chemicals originating from China.
"Such made-up allegations show zero sense of responsibility towards American fentanyl abuse victims and their families and seriously mislead the Chinese and American people."