Mike Pompeo eviscerates 'leaker' Adam Schiff: He should be 'nowhere near' classified information 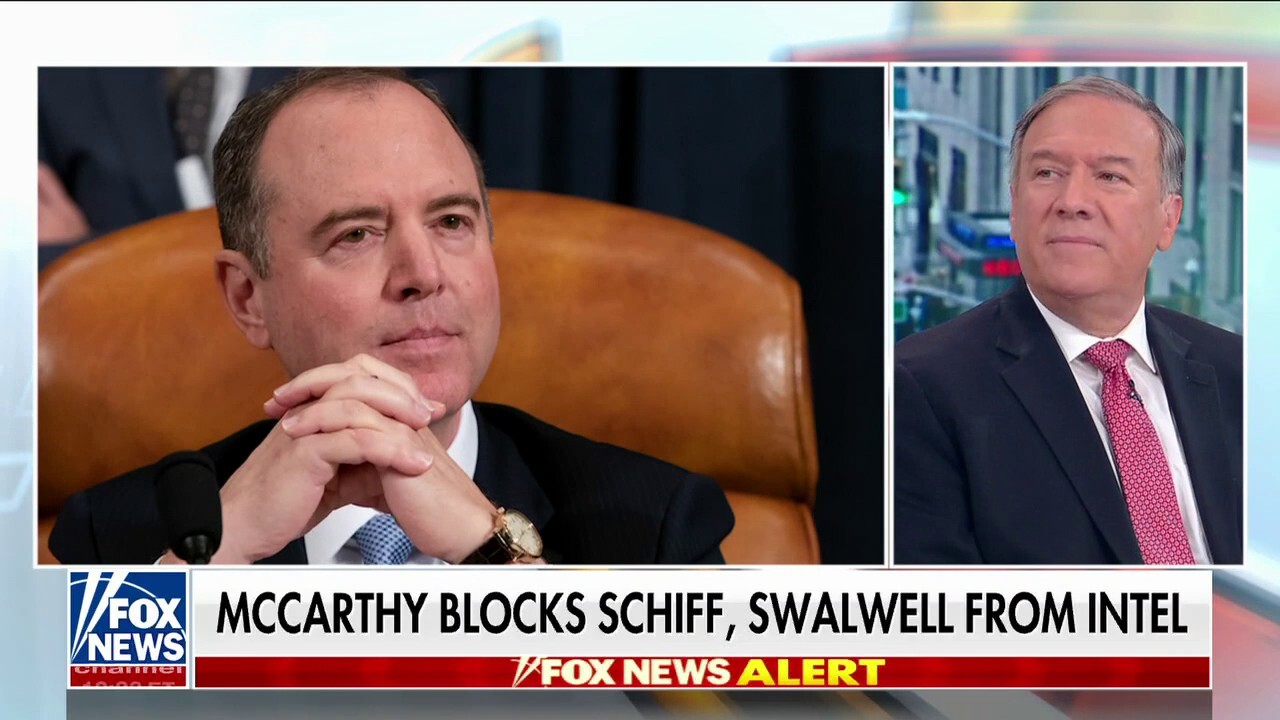 Former CIA Director and Secretary of State Mike Pompeo sounded off on Rep. Adam Schiff after the prominent Democrat was formally removed from his seat on the Intelligence Committee.
Having served on the committee himself as a congressman representing Kansas, Pompeo said House Speaker Kevin McCarthy, R-Calif., was "exactly right" to remove Schiff, D-Calif.McCarthy removed Schiff and Rep. Eric Swalwell, D-Calif., from the committee Tuesday, specifically pointing to Schiff’s repeated lies to the public.
McCarthy also removed Rep. Ilhan Omar, D-Minn., from the Foreign Affairs Committee.
Pompeo, however, took particular issue with Schiff and argued he should be "nowhere near" classified information.
HOUSE SPEAKER MCCARTHY REJECTS JEFFRIES' DEMAND TO REAPPOINT SCHIFF, SWALWELL TO INTELLIGENCE COMMITTEE"Adam Schiff lied to the American people," Pompeo said on "Outnumbered" Wednesday.
"During my time as CIA director and secretary of state, I know that he leaked classified information that had been provided to him."
Pompeo told panelists that Schiff nearly "ruined" the committee while he was serving as chair.
But Pompeo said Schiff couldn’t be trusted on the committee.
"When we provided information to him and to his staff, it ended up in places it shouldn't have been with alarming regularity," Pompeo explained.
Pompeo explained that House members have a responsibility to protect sensitive information and an obligation to keep it in the right places.
Schiff, as Pompeo pointed out, chose instead to spread unfounded political talking points.
CLICK HERE TO GET THE FOX NEWS APP"I watched the House Intelligence Committee under the leadership of Adam Schiff.
Source