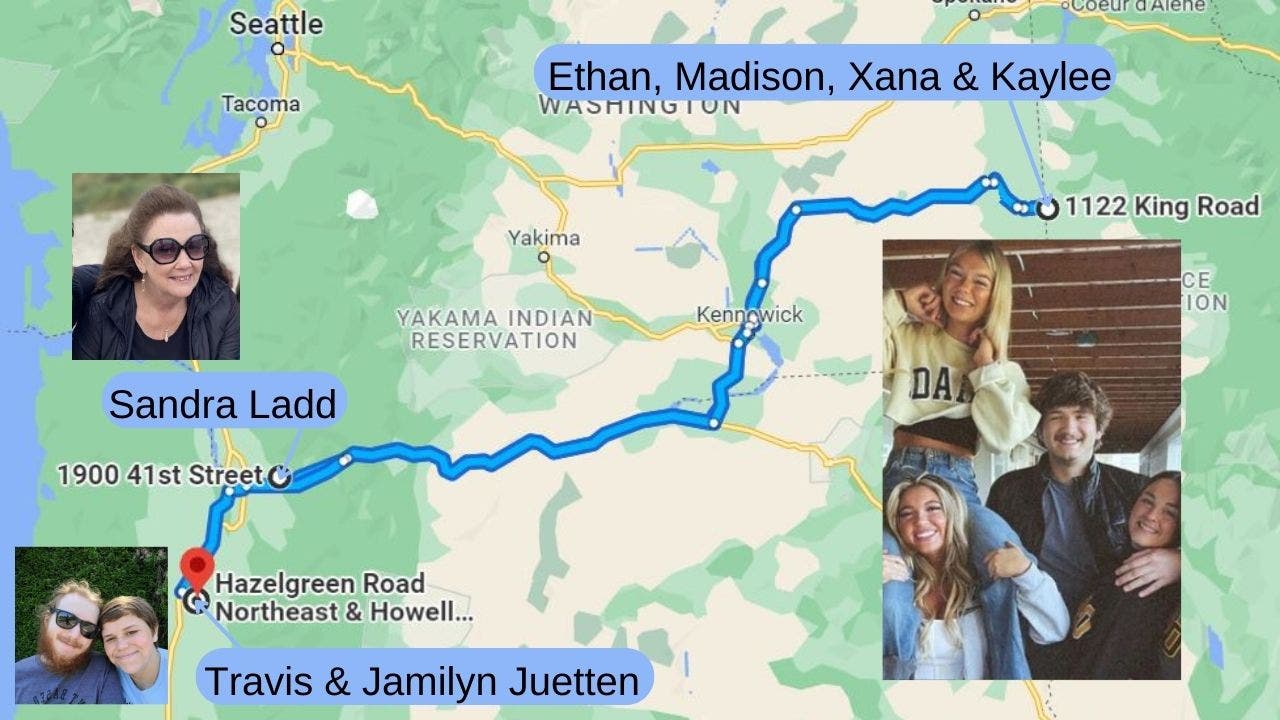 MOSCOW, Idaho - As investigators skipped Thanksgiving celebrations to continue their search for a suspect in the unsolved slaying of four University of Idaho students, a third unsolved stabbing in the Pacific Northwest has resurfaced with eerie similarities.
Reporters at a news briefing Wednesday asked Moscow police about the possible connection between the students’ slayings and a second unsolved stabbing, which left Travis Juetten dead and seriously injured his wife Jamilyn in Oregon.
Authorities say an intruder attacked the couple in their sleep around 3 a.m. on Aug. 13, 2021.
He said his office knew about the case and was looking into it, but no official connection has been drawn between the two cases.
The following morning, the Idaho Tribune reported that a third nearby attack shared similar characteristics.
Sandra Ladd, 71, was found dead in her home in Washougal, Washington, on June 14, 2020, according to Oregon Crime Stoppers.
UNIVERSITY OF IDAHO STUDENTS KILLED: A TIMELINE OF EVENTSThe two attacks happened 14 months apart but within 70 miles of one another.
The locations are roughly a five-hour drive west of Moscow, Idaho.
Like the attack on the Juettens, the incident happened between 3 and 4 a.m. on the 13th of the month.
No murder weapon has been recovered and investigators are asking anyone with surveillance video of the surrounding area to send it in.
They were also looking into reports that Goncalves had a stalker before the attack.
"Investigators are requesting anyone with information about a potential stalker, or unusual instances, to contact the tip line."
Source