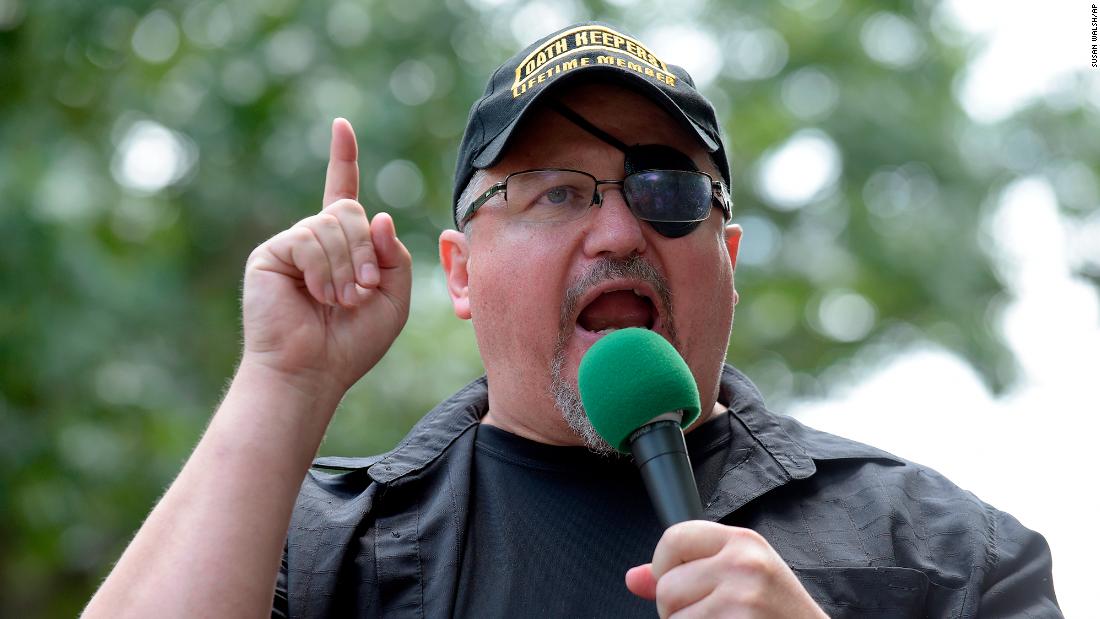 (CNN) The Justice Department has charged 11 defendants with seditious conspiracy related to the Capitol attack on January 6, 2021, including the leader of the Oath Keepers, Stewart Rhodes.
The new indictment, handed down by a grand jury on Wednesday and made public Thursday, alleges that Rhodes and his co-conspirators engaged in a conspiracy to "oppose the lawful transfer of presidential power by force, by preventing, hindering, or delaying by force execution of laws governing the transfer of power."
Prosecutors have previously said that Rhodes used Signal during the attack to communicate with other members of the Oath Keepers who were at the Capitol.
"All I see Trump doing is complaining.
I see no intent by him to do anything," Rhodes allegedly wrote.
"So the patriots are taking it into their own hands.
They've had enough," he allegedly said on Signal at 1:38 p.m. that day, shortly after the siege had begun.
The charges mark a dramatic change in the Justice Department's January 6 probe.
Attorney General Merrick Garland said in a speech last week commemorating the Capitol attack that the department was "committed to holding all January 6th perpetrators, at any level, accountable under law -- whether they were present that day or were otherwise criminally responsible for the assault on our democracy."
Source