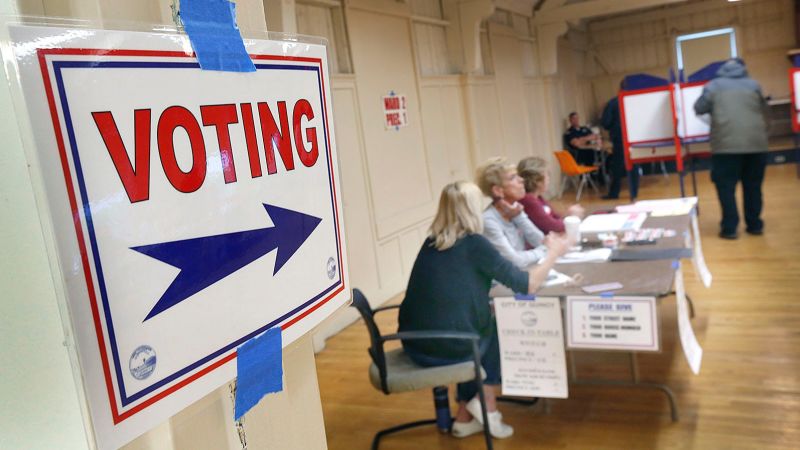 Washington CNN —Federal officials are offering state and local election officials training to “safely de-escalate” confrontations with voters that could turn violent ahead of November’s midterm elections, according to an email to election workers obtained by CNN.
The FBI doesn’t have a full picture of the violent threats facing election officials because of flaws in the reporting process, a representative of an election officials’ group told Congress in August.
The threats have forced many election workers to quit their jobs and intensified pressure on those still working as the biggest election since Donald Trump’s 2020 loss approaches.
Election workers have reported over 1,000 interactions with the public that they considered hostile or threatening to a Justice Department task force, but that is likely just a fraction of the threatening behavior that has occurred since 2020.
Two election officials appealed to the Homeland Security secretary to approve part of the plan “before these efforts of intimidation worsen in the lead up” to the November midterms.
Concerns about violence related to the election also came up in a classified briefing that officials from the FBI and DHS held Thursday with election officials across the country, according to multiple people familiar with the briefing.
The briefing – one of several that US officials have held for election workers in recent years – did not reveal any notable new threats to US elections, according to the people.
But it did underscore that Russia and China continue to use influence operations and other tactics to try to divide voters or shape US public opinion as the midterms approach, the sources said.
Some private analysts have echoed US officials’ warnings about foreign influence operations before the November vote.
Russia is “very likely” to conduct influence operations aimed at US organizations before the midterm elections, according to a new analysis that threat intelligence firm Recorded Future shared with CNN.
China’s interference activities will likely target US congressional candidates, while the magnitude of Iranian influence operations could hinge on the status of talks with the US to revive a nuclear deal, the analysis said.
Examples of those types of influence operations have dribbled into public view in recent weeks.
Source