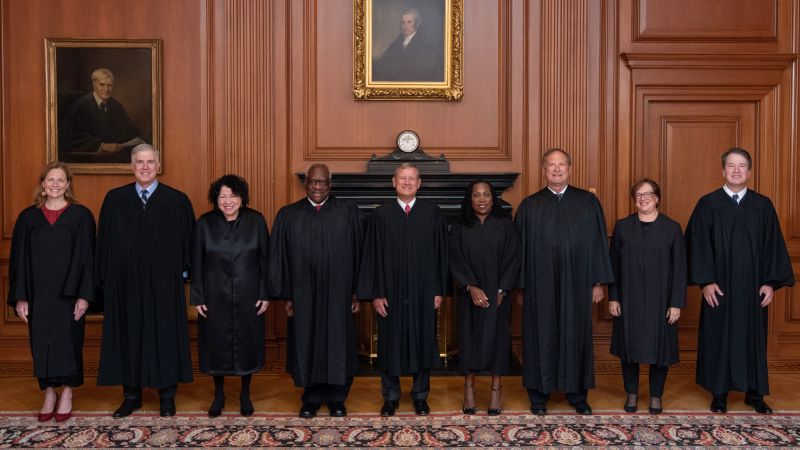 Another challenge takes aim at a key section of the Voting Rights Act that was put in place to combat racial discrimination.
The court will review a lower court opinion that invalidated Alabama’s congressional map as a likely violation of the law.
The lower court ordered another majority Black district to be drawn that would have led to Democrats gaining another seat in the House in the fall.
When the Supreme Court in February froze the lower court ruling and said that the map in question could be used while the legal proceedings play out, Roberts was in dissent.
He said that the lower court had “properly applied existing law” and there were no errors for immediate correction.
But critically, he agreed that the Supreme Court should take up the case due to “considerable disagreement and uncertainty” regarding the challengers’ vote dilution claim.
They want the Supreme Court to overturn a 2003 case called Grutter v. Bollinger.
The lower court also said that UNC did not have a viable race-neutral alternative that would allow it to achieve the educational benefits of diversity.
Independent state legislature theoryAnother case with voting rights implications is Moore v. Harper, which has yet to be scheduled for argument.
On the surface, the case presents a redistricting dispute out of North Carolina involving a lower court decision that invalidated the state’s congressional map.
The majority of the North Carolina state Supreme Court, in ruling against the lawmakers, said that legislators do not have unlimited power to draw electoral maps.
Voters in the state and voting rights groups urged the justices to stay out of the dispute and let the lower court ruling stand.
Source