Bombing campaign in Spain last year was a likely warning to European governments that support Ukraine, US officials say 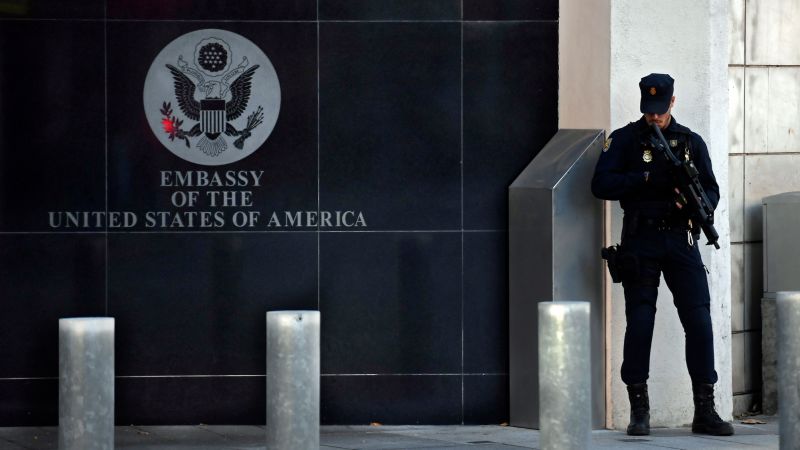 CNN —US officials believe that Russian intelligence officers directed a Russian White supremacist group to carry out a letter-bombing campaign that rocked Madrid late last year, targeting the prime minister, the American and Ukrainian Embassies as well as the Spanish defense ministry, according to current and former US officials.
Some details of how, exactly, the campaign was directed and carried out remain fuzzy, two US officials said.
It’s not clear how much knowledge – if any – the Kremlin or Russian President Vladimir Putin himself had.
Still, US officials now believe that the attack was likely a warning shot to European governments which have rallied around Ukraine since Russia’s invasion in February of last year.
The New York Times first reported on the alleged involvement of Russian intelligence in the attacks.
The State Department designated the White supremacist group, the Russian Imperial Movement, as a global terror organization in 2020.
The group is believed to have connections to Russian intelligence agencies and has been used as a proxy force before, current and former officials familiar with US intelligence told CNN.
But those connections are murky, these people emphasized, in part because the US lacks good visibility inside RIM.
The administration has so far been loathe to take such a step, despite pressure from key congressional officials, including former Speaker of the House Nancy Pelosi.
There are drawbacks to taking that step, one US official noted, in particular that it limits the administration’s ability to engage with Russia in areas where it might want to.
The White supremacist group, RIM, has associates across Europe and operates military-style training centers within Russia but is not formally affiliated with the Russian government.
It is also believed to have offered bounties to Taliban-linked militants for killing US troops in Afghanistan, although in that instance, too, the intelligence reporting remained murky, and the Kremlin’s involvement was unclear.
Source