Attorney Paul Tafelski says in his article that in Michigan, residents are subject to two distinct sets of criminal laws. Laws that are only applicable inside Michigan’s borders and laws that apply nationwide. 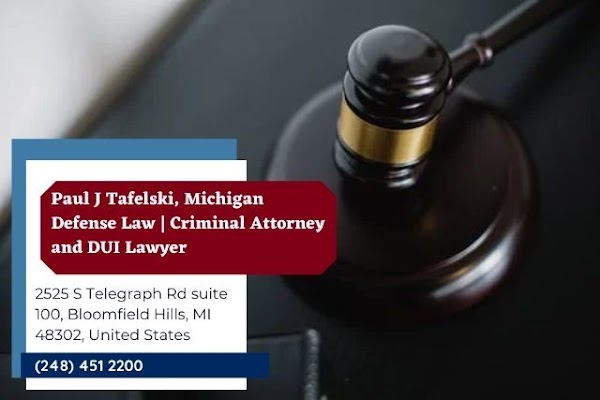 In his new article, Mr. Tafelski also talks about how federal prosecution usually differs from state-level prosecutions. He mentions that local prosecutors often rely on state and local police to investigate criminal activity, but federal prosecutors have the resources and power of the FBI, Department of Homeland Security, and other federal agencies.

Furthermore, Mr. Tafelski also discusses federal investigations and how they work in his article. When someone commits a federal crime, instead of the Michigan police being involved in the investigation, the federal agency will assume control of the investigation and possibly turn the case over to the U.S. Attorney.

Aside from the aforementioned, the federal defense attorney also talks about the stages involved in a federal criminal case. He outlines the steps of a usual proceeding according to the Federal Rules of Civil Procedure. He also adds that each case is unique, but the steps he talked about in the article are usually included in the process.

Lastly, Mr. Tafelski also explains in his article the role of a federal defense lawyer in a federal case. He says that federal criminal charges are very serious since the federal government has a tremendous amount of legal power. These stakes can be very high. This is why he recommends having an experienced federal defense attorney if anyone is involved or accused of any federal case.

Paul J. Tafelski has been a federal defense attorney for over 22 years, providing legal counsel to individuals facing charges from the United States Government. Mr. Tafelski offers his expertise in federal criminal law, including white-collar crimes, financial crimes, drug offenses, and others. With decades of experience under his belt, he is able to offer sound advice on what defenses might be available in regards to one's case which will help make informed decisions about choosing a lawyer or pleading guilty without representation. "I have seen it all," says Mr. Tafelski when discussing the breadth of cases that he has represented throughout his career as a federal defense attorney.