Florida divorce lawyer Russell Knight (https://divorceattorneynaplesfl.com/common-law-marriage-in-florida/) releases a new blog post that explains common law marriage in Florida. The lawyer mentions that when Florida used to be a rural state, not everyone who married registered their marriage at the courthouse. People often had a small religious ceremony and then would move in with each other. These kinds of relationships were referred to as common-law marriages.

According to the Florida divorce lawyer, “common law marriages are marriages that become legal after the couple lives like husband and wife for a long enough period of time. common law marriages no longer exist in Florida the way they once did, but they’re not completely gone.” 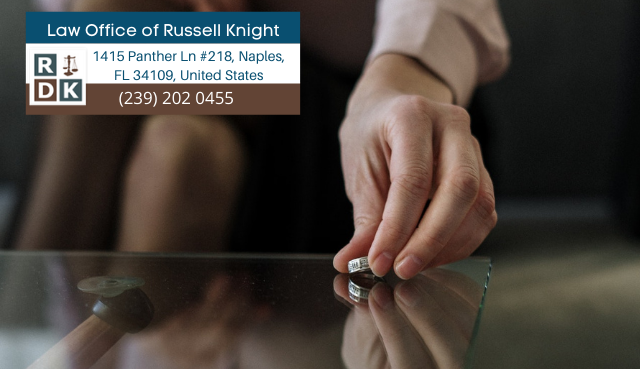 Attorney Russell Knight explains that in 2016, the Florida State Legislature enacted a law that voided all common-law marriages that were entered after January 1, 1968. This means that all the marriages before 1968 are still valid, no matter how uncommon they may be today.

In the new blog post, the divorce attorney also mentions that since common-law marriages are no longer allowed in Florida, anyone who wants to be married will have to secure a marriage certificate. Only after securing a marriage license will the marriage be recognized as valid in Florida.

The divorce attorney also adds that in some cases, a common-law marriage may be valid if the couple has recently moved to Florida from a state that recognizes common-law marriages. However, it is required that the common law marriage was pursuant to the state’s law where it was performed.

Attorney Russell Knight says, “If an unmarried couple has a child who has lived in Florida for the last 6 months they have the exact same rights vis-à-vis that child as a married couple. The unmarried couple can and will enter into a parenting plan that will govern their relationship with the child just as a divorcing couple would.”

Lastly, the lawyer emphasizes that consulting with an experienced divorce lawyer in Florida may be able to help a client understand if they have a common-law marriage. Knowing whether one’s marriage is valid or not is critical when it comes to dividing the couple’s properties in case of a divorce.

About the Law Office of Russell Knight

The Law Office of Russell D. Knight was established in 2009 by the family law attorney Russell D. Knight. The lawyer has always focused on family and divorce law. Russell's love for family law is demonstrated by the numerous articles personally written by the lawyer. Attorney Russell has been licensed as a lawyer in both Florida and Illinois. Contact his office today at (239) 202-0455.