The Disabled Veteran Empowerment Network (DVEN) is reminding readers, who are interested in the health and mental wellbeing of the nation’s veterans, of the many events scheduled this calendar year to raise awareness of the serious and widespread problem of suicide among veterans. Readers can find out more about DVEN by heading over to its website at https://www.dven.org.

The organization, founded by Robert Hess, a 90% disabled Vietnam veteran, who has experienced the horrors of war himself and understands the mental scarring that it can cause an individual, started the organization to draw focus on the struggles of the disabled veteran population. On its website, it describes its mission as to “identify veteran organizations that are providing genuine support to the veteran community and provide monetary support to those programs.” This is an important cause because many organizations raise money in the name of helping veterans but they are, in fact, fraudulent fronts for stealing monetary resources. To do its part, the organization’s website has published a list of veteran charities that were recognized as fraudulent by the Federal Trade Commission. The website also lists several resources meant to help veterans live a stress-free life of dignity, a blog that updates readers on the latest charity events supporting veterans, and a means for well-meaning charitable individuals to donate to the cause. The website also highlights veteran programs and services for homeless veterans, women veterans, minority veterans, PTSD, mental health, and adaptive sports and special events. 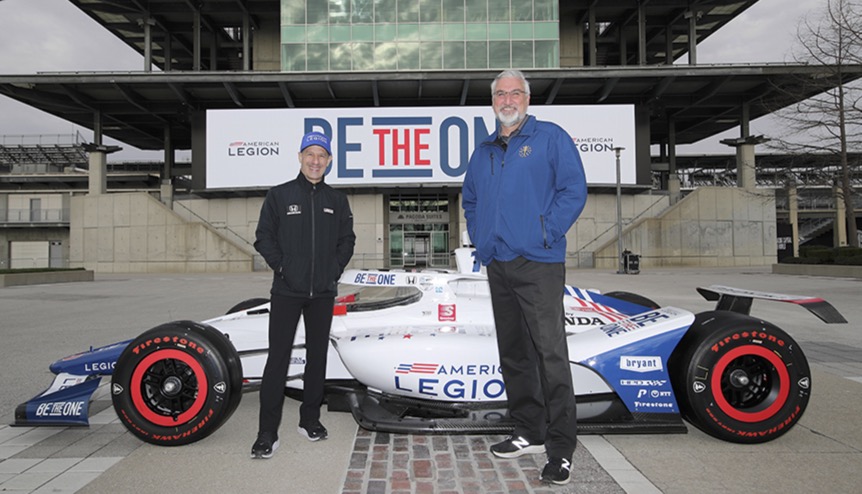 DVEN is also raising awareness of the 2022 Rally4Vets Top Dog Championship, a program, started by Robert Hess himself, that offers an opportunity for the motorsports enthusiast community to help reduce veteran suicides by raising the awareness level about veteran suicide and resources available to veterans dealing with PTSD. The 2022 event will be held at Summit Point Raceway, West Virginia, on 22 October 2022. Readers can find out more about the event by reading the news article: https://www.pca.org/news/porsches-with-purpose-member-founds-program-raising-awareness-of-veteran-suicide-through-motorsports.

The Top Dog Championship from Rally4Vets has drivers competing on service teams including the Army, Navy, Air Force, Marines, Coast Guard, and even the Space Force. Drivers compete for individual and overall team honors in a Track Cross/Track Sprint racing format. The 2021 event received an award in April 2022 from the Academy of United States Veterans in Las Vegas for its efforts. The event is open to anyone willing to participate such as veterans, including National Guard and Reserves, active-duty personnel, family members, and enthusiasts who want to support the military/veteran community.

DVEN is also publicizing the national awareness campaign that The American Legion launched on Memorial Day weekend. The campaign was promoted with the tagline “Be The One”. It focused on ending the stigma around veteran suicide which often prevents military members and veterans from asking for help. The American Legion is the nation’s largest veterans service organization and an official charity of INDYCAR. It has nearly 2 million members in more than 12,000 posts across the nation. The 2022 event was the second year that the organization teamed up with Chip Ganassi Racing for the Indianapolis 500. As a part of the event, the flagship car, which was emblazoned with the campaign’s tagline, was driven by 2013 Indianapolis 500 winner Tony Kanaan. Readers can find out more about the event by reading the news article: https://www.indycar.com/news/2022/04/04-20-tk-legion-500.

Robert Hess, a member of Disabled American Veterans (DAV), Veterans of Foreign Wars (VFW), and American Legion, commented on his goal of highlighting events from organizations such as Rally4Vets and The American Legion by saying, “There are a lot of conniving individuals out there who will go to any lengths to make a quick buck. They will even resort to desecrating the glory earned by our beloved veterans to make a dirty profit. They have no scruples and even lesser shame. I do what I do because I believe that by celebrating the organizations that add genuine value to the cause, we can drown out those with bad intentions.”

For more information about DVEN, contact the company here: