Bronx child support attorney Juan Luciano releases a new article (https://divorcelawfirmnyc.com/child-support-lawyer/) that explains the NYC child support system. The lawyer mentions that no one enters into a marriage hoping that it will end. It is very important to ensure that an individual has the best possible divorce experience, especially if children are involved.

“Each marital partner comes at divorce and amount of child support from a unique perspective. In many cases, that is one of the reasons for divorce in the first place. But when it comes to co-parenting children during and after a divorce, each partner is tasked with the need to come together to put the children’s needs ahead of their own. This applies equally to both the custodial and the noncustodial parent,” says the Bronx child support attorney. 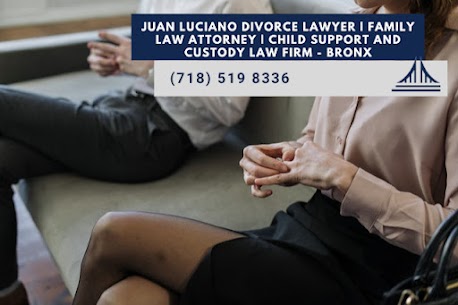 The lawyer explains that clients often want to know the calculation of child support. The child support will usually depend on both the income of each party and the custody situation of the couple. New York State family law requires parents to support their children until 21 years of age or until they become financially independent.

In the article, attorney Luciano states that the child support amount for 1 child should be 17% of each parent's combined gross income. 25% for two children, 29% for three children, 31% for four children, and no less than 35% for five children. An annual cost of living assessment should be done every two years.

Attorney Juan Luciano also explains that many things may change the lives of each parent and this could mean that the child support order must be modified. A judge will examine the fact and determine whether those changes warrant a modification and by how much.

Lastly, the divorce attorney emphasizes that it is very important to seek the help of an experienced divorce lawyer to ensure that they understand their rights and responsibilities in the case.